For the past few nights I have been looking for one of these up high in the sky: 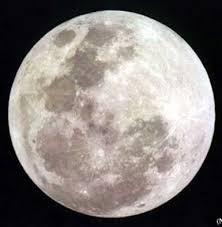 I remember seeing it not too long ago, but somehow after this week I have been expecting that perhaps it lingered longer than usual.  No such luck!

As some of you may remember, my daughter just turned two.  The day after her birthday, she decided she was done with her crib and broke free right after we put her to bed.  The hubs and I went in, calmed her down, and put her back to bed.  Within a minute you could hear the thump, the run to the door, and the shaking of the knob again.  We went in, did a quick 1-min. babyproofing of her room, pulled the mattress out and put it on the floor.  Then we laid her down on her mattress and made a beeline for the door.  After 1 min. of crying, she started talking to her animals and within about 30 min. she was asleep.  Phew!  It took 2 or 3 nights for her to go through this routine, but luckily now she stays in bed and talks herself to sleep like she has been doing for quite sometime (knock-on-wood).

Now at school, I’m dealing with changes in behavior, too.  My grade level team shares kids for math instruction this year.  Two (yes, TWO) of my little darlings have been asked to return to class to move their behavior clips recently.  When questioned by the other teachers about how disruptive they were while doing this, it had come to my attention that both of these students left their math classrooms, went into hiding for a short period of time, returned to math class and lied to their math teacher about doing so.  I must say, second graders can be sneaky, especially when they think they are avoiding getting into trouble.  Unfortunately, they don’t think far enough ahead about the double consequence for lying.

I also had a little girl (not one of the previously mentioned darlings) showing off a ring during music class that my students knew belonged to another student in the class.  When asked if this was true, she practically burst into tears about being falsely accused.  Since I had a class to teach, I stopped by the office on our way back to class.  I asked the office staff if the little girl could empty her pockets in front of them and explained the situtation.  One of the ladies escorted this girl back to class about 5-10 min. later and said she needed to speak with me.  Apparently, her pockets were empty, but she remembered seeing the ring somewhere.  As they asked her to return to class, she discovered the ring on the floor by the office counter.  It just happened to be right where she and I were standing when I asked them if they would be willing to watch her empty her pockets.  Wow – what are the odds? (did you hear the sarcasm oozing out)  She denied, denied, denied taking the ring despite all of the evidence.  It took her a full day to fess up.

On top of all of this, I am trying to get all of my second trimester assessments and data collected.  We have report cards due in about a week and a half and conferences will be held at the end of the month.  I guess when it rains, it pours!!

My kids got to experiment with some new materials

Eli had a knack for telling all sorts of lies unti

I don’t know about you, but I have been doing a

Raise your hand if you’re having a hard time nav

Right before our local schools made the decision t

Not too long ago, I went to Kohl’s to get the gi

Our distance learning officially starts tomorrow. Are my kids ready? Maybe 🤷🏼‍♀️. I don’t really know what to expect, but we will certainly try our best and allow a little grace through the process.⁣
⁣
Over the past few weeks, I have been doing a few academic things with my kids each morning to keep their skills in check, but nothing crazy. One thing I have been consistently working with my son on is reading (sight words, nonsense words, CVC words, etc). I pulled out my roll & cover games to keep the practice fun and engaging. Because there are six different game boards for each skill, it keeps things fresh and new.⁣
⁣
I also have these game boards created for long vowels, bossy r, l blends, and r blends. There’s even a bundle that I’m hoping to add to in the near future! These games can be found in my TpT store. Click the link in my bio or send me a DM for more info. Don’t forget that these packs will be on sale 3/6 and 3/7.⁣
⁣
⁣
#teacherlife #teacherideas #cvcwords #cvcgames #cvcactivities #distancelearningideas #teacherspayteachers #tpt #storiesbystorie ... See MoreSee Less

Is it time yet? Is it time yet?⁣
⁣
Now that spring is here, many families are about to watch some baby caterpillars transform into butterflies. While you wait, you might want to share The Very Impatient Caterpillar by Ross Burach with your kids.⁣
⁣
This humorous story, told through speech bubbles, explores as one impatient caterpillar learns all about metamorphosis. Kids will giggle as they watch him build a chrysalis and struggle to entertain himself inside for two whole weeks. Will he become a butterfly like all of the others?⁣
⁣
If you don't already own this book, you can find it on Amazon (affiliate link): amzn.to/2WZnfzi ... See MoreSee Less

My kids got to experiment with some new materials this week for art and they definitely had fun! 🎨 We made stained glass art, rolled marbles in paint, tried shaving cream art, and worked with some chalk pastels. You can swipe through to see their creations.⁣
⁣
What should we try next?⁣ ... See MoreSee Less

Eli had a knack for telling all sorts of lies until the day the Lie-O-Meter was delivered to his house. Suddenly, Eli can’t lie about leaving the blocks out on the floor, not brushing his teeth at bedtime, or eating one of the cupcakes for his sister’s class. Each time he tries, the Lie-O-Meter is quick to point out the truth.⁣
⁣
But one day, Eli decides to play ball in the house even though he knows he isn’t supposed to. A lamp gets knocked over and Eli quickly blames the dog. The Lie-O-Meter doesn’t catch the whopper, and the dog is sent outside for the night. At first, Eli feels relief at getting away with it, but then he feels guilty. And when Eli finally tells the truth, something really wonderful happens!⁣
⁣

You can find this book on Amazon (affiliate link): amzn.to/2WOpJQV ... See MoreSee Less

I don’t know about you, but I have been doing a lot of reading in the last two weeks. Like, more than usual. 😉 I am so close to finishing The Book of Essie by Meghan MacLean Weir. My next library book is not quite available yet, but I do have an Audible credit, just in case.

What are you reading right now? ... See MoreSee Less